A Little Lesson In Heavy Metals

Posted on October 4, 2013 by Professional Supplement Center | Comments Off on A Little Lesson In Heavy Metals 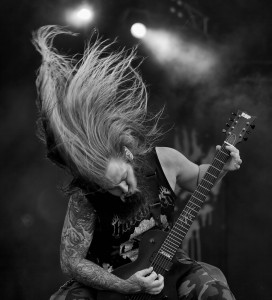 In small quantities, certain heavy metals are nutritionally essential for a healthy life.  Trace elements such as iron, copper, manganese and zinc are common in the environment and are found naturally in foods like fruits, vegetables, and grains.  Varying amounts of heavy metals such as iron, cobalt, copper, manganese, and zinc are all required for human health.  Heavy metals become toxic when they are not metabolized in the body and accumulate in soft tissues. Heavy metals may enter the human body through food, contaminated water, air or environmental pollution, or absorption through the skin.

Heavy metals can be found in many settings including agricultural, pharmaceutical, industrial, residential and manufacturing.  Prolonged exposure to heavy metals such as cadmium, copper, lead, nickel, and zinc can cause deleterious health effects in humans.  Other heavy metals such as mercury, plutonium, and lead are toxic metals that have no known vital or beneficial effect on organisms, and their accumulation in the body over time can cause serious illness.  Long term exposure may result in muscular, neurological and physical degeneration.

Mercury is a toxic heavy metal and a persistent environmental pollutant.  Industrial activity releases millions of pounds into the environment each year mostly in the form of emissions from coal-fired power plants.  Once in the environment, mercury can accumulate in plants, animals, fish and humans and can cause serious adverse health effects especially in pregnant women, developing fetuses and young children.

Lead, a metal that occurs naturally in the earth’s crust, can be found throughout the environment, in our homes and work spaces.  Lead is spread throughout the environment through the burning of fossil fuels, mining and manufacturing.  Large amounts of lead exposure can lead to blood anemia, muscle weakness, severe stomach problems and brain damage.  Enacted legislation and significant efforts have helped to limit exposure to lead from paint, gasoline and other products.

Arsenic is widely distributed in the earth’s crust and is found naturally in the environment.  Arsenic is classified by the Environmental Protection Agency and the Department of Health and Human Services as a known human carcinogen, overexposure to which can cause lung, bladder, liver, kidney, prostate and skin cancer.

There are some foods that are thought to aid chelation (removal) of heavy metals from the blood stream:

Pectin –  Found in fruits and vegetables (especially in the rinds), pectin has been found to chelate heavy metals and other contaminants.  Good sources of pectin are green apples, cabbage, bananas, beets, grapes, carrots and the pith of citrus fruits.

Cilantro – Also known as coriander, cilantro aids in the removal of mercury, aluminum and lead from the body.  Cilantro is believed to cross the blood-brain barrier and remove heavy metals from the brain.

Parsley –  Parsley has been shown to be effective at removing mercury from the body.

Chlorella –  A mild chelator that aids in heavy metal detoxification.

Amino Acids –  Natural chelating agents found in proteins, such as eggs and fish, help to increase the liver content of enzymes the body uses to remove toxins.

Alpha Lipoic Acid – Found in small amounts in foods such as spinach, broccoli, peas, rice bran and organ meats, ALA is thought to cross the blood-brain barrier and trap circulating heavy metals.

Water –  Water is a natural body cleanser so be sure to get enough.  Add fresh-squeezed lemon or a few slices of cucumber for flavoring and an extra boost.

Vitamins and Minerals –  A multivitamin and mineral supplement ensures you are getting the nutrients your body needs to function at its best.

Your liver, kidneys, and gastrointestinal system are designed to remove toxins from pollution, pesticides and other harmful chemicals which can overwhelm the body.  One of the best ways to detoxify your body is through elimination of toxins such as alcohol and tobacco.  Limit your consumption of certain fish such as tuna and swordfish, known to carry higher levels of mercury.  Avoid artificial sweeteners, sugars and processed foods.  Eat as much organic produce as possible to reduce pesticide exposure.