Posted on September 14, 2017 | Comments Off on Alpha Lipoic Acid and Blood Sugar 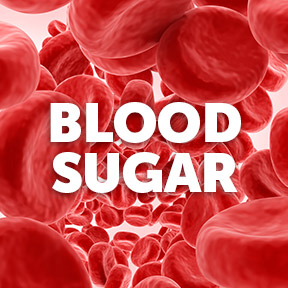 Well known as a potent water- and fat-soluble antioxidant, lipoic acid is naturally produced by the body. Often referred to as alpha lipoic acid (ALA), lipoic acid is believed to have the ability to cross cell membranes, offering free radical protection both inside and outside cellular structures. Aging is marked by a decline in the concentration, synthesis and recycling of important antioxidants such as glutathione, CoQ10 and vitamins C and E. The loss of antioxidant function allows free radicals to proliferate, potentially impairing immune function, damaging organs, cell membranes and DNA strands, and contributing to degenerative disease risk.

Those with diabetes know that keeping blood sugar balanced is challenging. Associated conditions, including high blood pressure and high cholesterol, also require management to prevent complications that can impair quality of life and limit functionality. With its antioxidant and anti-inflammatory properties, ALA has been shown to be useful in managing high blood sugar and its associated health problems. Large clinical trials have found that ALA has a role in treating the symptoms of neuropathy, and may aid in improving insulin sensitivity, vessel tone, inflammation, oxidative stress, and blood sugar and blood lipid levels.

-Studies show that nearly half of American adults are living with diabetes or pre-diabetes. Lipoic acid may be considered a helpful aid for those with elevated blood sugar. By helping to facilitate the proper function of insulin receptors and insulin-dependent glucose transporters, lipoic acid plays an important role in blood sugar regulation.

-In supplement form, lipoic acid appears to improve insulin sensitivity and may also relieve complications and symptoms of diabetes, such as numbness caused by nerve damage, peripheral neuropathy, and cardiovascular problems. There is also evidence that supplemental lipoic acid can improve insulin sensitivity and glucose utilization in individuals with type 2 diabetes. This potential lowering of blood glucose can help protect from nerve damage.

-Neuropathy, or nerve damage, results from poorly controlled blood glucose levels. Peripheral neuropathy can cause pain, numbness, and muscle weakness largely in the legs and feet, and less often in the upper extremities. Autonomic neuropathy affects the nerves in the autonomic nervous system that controls the heart, lungs, stomach and other organs. Research shows that lipoic acid may help ease the symptoms of both peripheral and autonomic neuropathy.

-Oxidative stress and diabetes can have detrimental effects on eye health and vision. By helping to counteract oxidative stress, lipoic acid may help to inhibit diabetes-related cataract formation.

As an antioxidant recycler, lipoic acid regenerates the antioxidant powers of vitamins C and E, helping to stave off free radical damage and slowing down the cellular damage behind diseases such as cancer, heart disease and diabetes. As an essential co-enzyme, lipoic acid plays a vital role in mitochondrial energy production. By fighting free radicals and rejuvenating mitochondria, lipoic may help to combat signs of aging and support better overall health and function.

Professional Supplement Center carries these and other fine products in support of overall wellness:

Alpha Lipoic Acid by Klaire Labs®: This high quality pure product is formulated for sensitive individuals. One serving provides 150 mg of ALA in support of antioxidant activity and liver detoxification. This kosher, vegetarian product contains no artificial ingredients, and is free of gluten, soy, dairy, wheat, soy and common allergens.