Antioxidants and Omega-3s Team Up for Eye Health

Posted on May 16, 2013 by Professional Supplement Center | Leave a comment 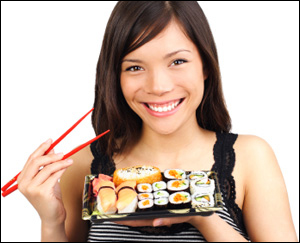 People with age-related macular degeneration may protect their eyes by taking a supplement containing lutein, zeaxanthin, and omega-3 fatty acids, according to a study in JAMA Ophthalmology.

The macula is a bright yellow spot located near the center of the retina in the back of the eye. It helps protect the retina from harmful blue light and is responsible for sharp, central vision.

Two carotenoids—lutein and zeaxanthin—lend the macula its color. Since humans don’t make these substances, macular health depends upon the diet to provide them.

In addition to lutein and zeaxanthin, the omega-3 fatty acids, docosahexaenoic acid (DHA) and eicosapentaenoic acid (EPA) are associated with a lower risk of macular degeneration.

A winning combo for eye health

Antioxidant capacity, blood levels of lutein and zeaxanthin, and macular pigment density increased significantly in groups 1 and 2 after one month of taking the supplement and remained high throughout the study. At the end of the 12 months, people in Group 2 had significantly higher blood levels of DHA and EPA compared with Group 1 and the placebo group.

An ounce of prevention

Even if macular degeneration runs in your family, there’s a lot you can do to decrease your risk:

Lesa Werner, a naturopathic doctor with a background in ophthalmology says, “Some people might need an extra boost of lutein and zeaxanthin to help prevent macular degeneration.” Werner suggests eating foods that are rich in these nutrients along with some fat and taking a digestive enzyme to increase their absorption.