Can Alzheimer’s Be Prevented?

Posted on October 6, 2017 by Professional Supplement Center | Comments Off on Can Alzheimer’s Be Prevented? 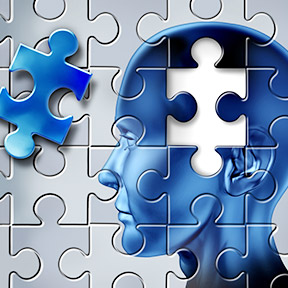 Presently, the number of Americans with Alzheimer’s disease (AD) tops five million. Unless an effective treatment is developed that number is expected to increase exponentially as the population ages. Increasing age is still the primary risk factor, and according to statistics, by the age of 82, the prevalence rises to 42 percent. Signs of late-onset AD often appear in a person’s mid-60’s, although researchers believe that damage to brain heath begins years earlier. AD is characterized by the accumulation of two types of protein in the brain, known as tangles, or tau, and amyloid-beta plaques. As well, there is also a loss of connections between brain nerve cells, known as neurons, that transmit messages within the brain, and from the brain to muscles and organs.

With AD, once healthy neurons stop functioning, brains cells begin to die off, and eventually the brain shrinks in size. While tangles and plaques are closely associated with AD, family history, genetics, inflammation, and vascular disease, as well as environmental and lifestyle factors may contribute. As with other chronic debilitating diseases, lifestyle habits are seen to play a major role in both contribution and prevention. Are there healthy lifestyle habits you can adopt to stave off or ameliorate Alzheimer’s Disease? Although science has yet to discover the cause or cure for AD, the National Institutes of Health suggests that modifiable risk factors may help protect cognition and mental activity.

Sleep – Since many of us don’t prioritize sleep, most of us are just not getting enough of it. The perfect amount of sleep varies with age and by individual. However, seven to eight hours of sleep nightly appears to be sufficient to wake refreshed and energetic. Insufficient sleep is linked to chronic diseases and conditions, including diabetes, heart disease, obesity, depression and cognitive decline. A recent study by Washington University researchers showed an association between disrupted sleep and higher levels of two AD associated proteins. Researchers found that just one night of disturbed sleep led to a 10 percent increase in amyloid beta. A full week of insufficient sleep showed an increase in the tau protein. While no one can confirm that regular quality sleep reduces AD risks, it does appear that those who are chronically sleep deprived may have increased levels of proteins associated with AD. The good news is that the negative effects of an occasional night of restless sleep may be reversed with good sleep habits.

Exercise – Convincing evidence shows that 30 minutes of moderately vigorous exercise three to four days each week may help prevent AD, or slow the progression in people who have symptoms. According to a recent UW-Madison study, those at a high genetic risk of AD who perform moderate-intensity activity, such as a brisk walk or run, are more likely to have healthy patterns of brain glucose metabolism. Dependent upon the type of exercise and its intensity, physical activity may lower AD risk by up to 65 percent by addressing underlying mechanisms, such as improved pulmonary function, increased cell survival and a proper inflammatory response.

Diet – While the Mediterranean diet and the MIND diet are often recommended for overall good health, a low carb, high fat, no sugar, no starch ketogenic diet has been shown to be of benefit in neurodegenerative disorders. A ketogenic diet, along with consumption of ketone-producing medium chain triglycerides (MCT’s), fights brain insulin resistance (type 3 diabetes) by helping to control blood glucose, calming inflammation, and enhancing insulin sensitivity. The diet helps to maintain energy levels by fueling the brain with ketones, a more concentrated and efficient energy source.

Diabetes – Those with diabetes and insulin resistance are at a higher risk of developing AD and other neurogenerative diseases. The relationship between diabetes and AD is so close that AD is now recognized as another form of diabetes referred to as type 3. Type 1 diabetes occurs when the pancreas fails to produce sufficient insulin to properly regulate blood glucose. In type 2 diabetes, the pancreas can produce a normal amount of insulin, but the cells have become resistant or unresponsive to its action, resulting in insulin resistance. In type 3 diabetes, the brain has insulin deficiency, as in type 1, plus insulin resistance, as in type 2. Dysregulation of insulin results in an increased risk for cognitive impairment. The good news is that diabetes type 2 can often be reversed with weight loss, regular exercise and a proper diet.

Omega-3 fatty acids – Found in fish, algae, some plants, nut oils and supplements, omega-3’s play a crucial role in brain function, as well as normal growth and development. Highly concentrated in the brain, research shows that omega-3 fatty acids reduce inflammation and appear to be important for cognitive and behavioral function. Studies show an association between reduced intake of omega-3 fatty acids and an increased risk of age-related cognitive decline or dementia.

Professional Supplement Center carries these and other fine quality supplements to support brain and overall health: