Confused But Curious About CBD?

Posted on January 18, 2019 by Professional Supplement Center | Comments Off on Confused But Curious About CBD? 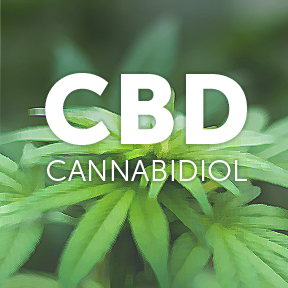 If CBD isn’t the wellness buzzword of 2019, I don’t know what is. Many individuals appear to be curious and confused about the promising therapeutic benefits of cannabidiol (CBD). Decades of misinformation have created difficulties understanding the distinction between cannabis and its two primary species, hemp and marijuana. Both derive from the cannabis sativa family and, as such, they do share certain similarities. Yet, due to each plant’s chemical composition and biological structure, there are very distinct and crucial differences. All cannabis plants contain compounds known as cannabinoids, as well as other phytochemicals shown to be beneficial to the body.

Two notable compounds are cannabidiol (CBD) and the intoxicating substance, tetrahydrocannabinol (THC). THC induces the psychoactive effects popular among recreational marijuana users, while CBD does not produce a “high.” While marijuana may contain up to 30 percent THC, hemp contains a negligible amount, 0.3 percent or less. Hemp also contains higher levels of CBD, a non-psychoactive compound with wellness applications. Products labeled as hemp extract CBD are legally required not to exceed the 0.3 level of THC. Because of this low or non-existent THC content, hemp is now classified as legal. However, lacking rigorous studies for safety and effectiveness, the FDA disallows any health benefit claims.

Industrial hemp was once a dominant crop in the U.S. As one of the earliest known domesticated plants, this hardy and renewable resource was refined for various industrial applications, such as paper, textiles, rope and medicines. Today, hemp is utilized in an even broader variety of products, including health foods, biofuels, organic body care, construction materials, and hemp-derived cellulose, an affordable and renewable raw material for plastics. Unlike other crops, hemp can grow in most climates and soils, and requires only moderate amounts of water and fertilizer. Hemp has no need for pesticides or herbicides, as it is naturally resistant to most pests.

For decades, federal law did not differentiate hemp from other cannabis plants, and effectively made the possession and transfer of cannabis illegal in 1937 under the Marihuana Tax Act. In 1970, the Controlled Substances Act banned cannabis of any kind. If it appears that hemp derived CBD is suddenly everywhere, it’s likely a result of a change in federal policy, the legalization of medical and recreational marijuana in some states, and the newfound interest in natural products that may one day replace certain pharmaceuticals. As a natural resource, hemp has enormous potential that can benefit the economy, the environment, and though still relatively unsubstantiated by current scientific evidence, health and wellness.

After decades of prohibition, the recently enacted 2018 Farm Bill removed hemp-derived products from the DEA Schedule I list of controlled substances, allowing for broad hemp cultivation, as well as the transfer of hemp products across state lines for commercial and other purposes. It puts no restrictions on the sale, transport or possession of hemp-derived products, as long as the items are produced in a manner consistent with the law. Although the Farm Bill legalizes hemp, it will remain a tightly regulated crop for both personal and industrial production. Under the Farm Bill, there will be more broadly available legal CBD products, but this does not mean all CBD products are legal under federal law. Under the Food, Drug and Cosmetics Act, the FDA still has the authority to regulate the use of CBD compounds in foods, beverages and supplements. Only this week, several Senators asked the FDA to update and loosen the current outdated regulations to allow broader use of CBD, which has been growing in popularity despite regulatory hurdles.

As a natural resource, hemp has conceivable applications for health and wellness, as well as enormous potential benefits for the economy and the environment. Over the past two years, CBD oil and products have become widely distributed across the U.S. Currently, CBD exists in a state of quasi-legality and yet to be realized potential. While it appears the next frontier will be foods and beverages containing CBD, the category remains largely unregulated. However, cannabis and hemp laws are rapidly changing across the country. And, while FDA approval for CBD as a food additive may be a decade or more away, researchers are studying CBD’s effects on mood, as well as its potential to reduce anxiety, relieve pain and support healthy sleep.

CBD is already everywhere, and it appears the interest about it extends far beyond trendiness. Along with a growing distrust of the pharmaceutical industry, unrestrained pharmaceutical costs and a more moderate view of cannabis, people are seeking a safer, natural alternative for symptom relief. Per the National Institutes of Health (NIH), a 2015 animal study showed that topical application of CBD has therapeutic potential for relief of pain and inflammation related to arthritis without evident side effects. The data suggests that transdermal CBD is a good candidate for developing improved therapies for debilitating arthritic conditions.

There is no question that the full benefits of CBD warrant more research. Advertised benefits of CBD, though not substantiated by the FDA, include reduction of pain, inflammation, daily stress and muscle cramping, as well as promotion of relaxation and general wellbeing. Like other plant-based formulas, CBD contains an array of beneficial phytonutrients, including fatty acids, vitamin E, and terpenes, therapeutic essential oil compounds with antioxidant, anti-inflammatory and mood enhancing potential. A recent Consumer Reports nationally representative survey showed that 15 percent of American adults have tried CBD and a majority 83 percent reported that it helped alleviate the symptoms they were experiencing to some degree.

As with any nutritional supplement, those curious about CBD should seek out high quality, clean products from trusted manufacturers, such as those who use a non-toxic, environmentally friendly supercritical CO2 liquid extraction methods. As well, there are scientifically-based products manufactured in state-of-the-art laboratories that utilize third party independent analysis to ensure label accuracy and assure products are pure and free of pesticides, heavy metals and contaminants.

Per the World Health Organization’s CANNABIDIOL (CBD) Pre Review Report from the November 2017 Expert Committee on Drug Dependence meeting in Geneva, Switzerland: “While the number of studies is limited, the evidence from well controlled human experimental research indicates that CBD is not associated with abuse potential. The potential toxic effects of CBD have been extensively reviewed. In general, CBD has been found to have relatively low toxicity, although not all potential effects have been explored. CBD is generally well tolerated with a good safety profile.”

References:
CANNABIDIOL (CBD) Pre-Review Report. https://www.who.int/medicines/access/controlled-substances/5.2_CBD.pdf
Industrial Hemp: A Win-Win For the Economy And The Environment. https://www.forbes.com/sites/ashoka/2013/05/29/industrial-hemp-a-win-win-for-the-economy-and-the-environment/#7e6956a8289b
The Farm Bill, hemp legalization and the status of CBD: An explainer. https://www.brookings.edu/blog/fixgov/2018/12/14/the-farm-bill-hemp-and-cbd-explainer/
Transdermal cannabidiol reduces inflammation and pain-related behaviours in a rat model of arthritis. https://www.ncbi.nlm.nih.gov/pmc/articles/PMC4851925/

This entry was posted in Home and tagged CBD, Confused But Curious About CBD. Bookmark the permalink.