Is Obesity The New Normal?

Posted on May 5, 2015 by Professional Supplement Center | Comments Off on Is Obesity The New Normal? 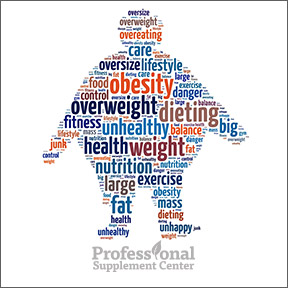 Obesity affects people of all ages and incomes and is steadily increasing, not just in the U.S. but globally as well. As acceptance of obesity becomes more widespread, our perception of what constitutes a normal healthy weight is changing. Apparently, Americans now fail to recognize an unhealthy body weight, even as we are undergoing a population-wide obesity epidemic. Even more alarming, parents don’t notice that their children are overweight when they themselves may also be obese. When obesity becomes increasingly normalized, we are less likely to consider it a problem. The reality is that there are real health concerns and increased risk factors for chronic disease connected to obesity, including type 2 diabetes, high blood pressure, heart disease, stroke, metabolic syndrome and premature death. While our weight is on a steady incline, our health is on a steady decline.

Obesity is changing the world around us. Society is adapting by creating products to accommodate larger folks. Already hefty restaurant portions are increasing, door frames are getting wider and clothing sizes are subtly changing. A dress that was considered a size 8 in the 1950’s is now labeled a size 4, a perfect example of clothing manufacturers adapting to people’s growing sizes while not drawing attention to the fact. Another clever trick, not changing the label size but adding inches of material all around. These changes mean a person can gain 10 – 20 pounds and still fit into the same clothing size. It may stroke someone’s ego, but in the long run may also be increasing their risk of having an actual stroke. Sadly, even coffins are larger than ever, with one company manufacturing triple wide coffins that can hold a 700 pound person. 700 pounds! Something is terribly wrong here.

Many businesses are adapting to accommodate larger sized employees, as they see the value of highly productive workers who just happen to be obese. Some are creating special parking spots or are providing bigger office chairs, while some even remodel their office space to create a larger area between the desk and the wall. Doctor’s scales that used to top out at 300 pounds now allow for 400 or 500 pounds One place where you won’t see accommodation changes any time soon relates to airline seats. Individual passenger space is getting smaller not larger, with some airlines charging passengers for a second seat if they can’t comfortably lower the armrests. At issue is neighboring passenger comfort, as well as concerns over swift evacuation of obese persons and possible hindrance of others in an emergency.

A good two-thirds of our population is now considered obese. Obesity doesn’t occur overnight and weight gain is gradual. Increasingly, research indicates a new class of severely obese kids is steadily rising from the merely overweight to the more concerning extreme obesity. Growing children have traditionally been on the thin side as they burned up their energy running and playing outdoors. Now, inactivity, socioeconomic status, unhealthy diets, environmental influences and parents who are overweight themselves are all seen as contributors to the epidemic. Children can be set on a path to lifetime obesity by the age of 2, as statistics show that obese children have a 70% greater chance of obesity in adulthood. Of large concern is the failure of parents to recognize obesity in their own children, as gradual weight changes are largely invisible.

Despite being essentially preventable, childhood obesity has become a significant problem that can cause a multitude of health issues including diabetes, heart disease, fatty liver disease and hypertension. In order to improve their children’s health and self esteem, parents will need to recognize and accept their child’s weight problem yet encourage and support increased activity and the necessary dietary changes. Unfortunately, as excess weight becomes increasingly normalized, we are no longer alarmed by it and we are doing ourselves and our children a disservice. Early intervention is the key to preventing a lifetime of health problems related to excess weight.

The question remains, should we continue to tackle the obesity epidemic by installing larger seats at stadiums and theaters, which means fewer seats and higher tickets prices? Should hospitals be expected to stock heavy duty wheelchairs and stronger beds? Or should we expect people to turn their lives around and take control of their weight and their long-term health and longevity? When manufacturers compare chairs made with larger seats to a pair of comfy jeans and clothing companies continue to disguise true clothing sizes, it seems quite a huge (no pun intended) expectation to predict that the obesity epidemic will abate any time soon. When excess weight becomes increasingly normalized, we may fail to see our child, the person sitting next to us or the person in the mirror as overweight.

As our collective perception of normal weight is becoming increasingly skewed, the negative effects on our societal long-term public health is more than a little concerning. Alarmingly, the U.S. could be facing its first sustained drop in life expectancy in modern times. Over the next few decades, life expectancy for the average American, especially children and young adults, could decline by as much as 5 years, unless aggressive efforts are made to slow the rising and unprecedented normalization of obesity rates,. “Obesity is such that this generation of children could be the first basically in the history of the United States to live less healthful and shorter lives than their parents,” said Dr. David S. Ludwig, director of the obesity program at Children’s Hospital Boston. Very concerning, indeed.

References:
How obesity is reshaping our world.
http://www.bbc.com/news/magazine-12354738
Severe Childhood Obesity Worrying Doctors.
http://www.medicaldaily.com/severe-childhood-obesity-worrying-doctors-fat-becomes-new-normal-275082
Workplaces Feel The Impact of Obesity.
http://www.npr.org/2011/10/27/141760591/workplaces-feel-the-impact-of-obesity
Obesity Is Now So Normal That Parents Can’t See It in Their Kids. http://www.scientificamerican.com/article/obesity-is-now-so-normal-that-parents-can-t-see-it-in-their-kids/
This entry was posted in Home and tagged obesity. Bookmark the permalink.