Posted on November 8, 2017 by Professional Supplement Center | Comments Off on Meniere’s Disease 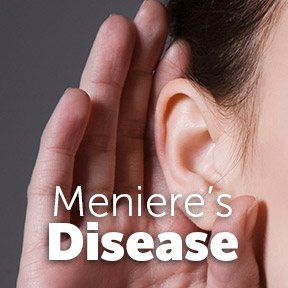 First described in 1861 by French physician Prosper Meniere, Meniere’s disease is a disorder of the inner ear that can cause episodes of vertigo, tinnitus, and a feeling of pressure or fullness in the ear, as well as fluctuating hearing loss. Typically confined to one ear, symptoms may vary from person to person. Episodic attacks often happen in clusters and occur intermittently. Considered a chronic disease with no known scientifically validated cure or exact cause, it’s generally believed that fluctuating pressure of the fluid within the inner ear or abnormally enlarged fluid passageways contribute to the often debilitating symptoms.

Tinnitus is the perception of sound when no external noise is present. Commonly referred to as ringing in the ears, sounds can also include buzzing, hissing or swooshing. While tinnitus may be acute or chronic, it affects over 50 million Americans, mostly in middle age. Often associated with hearing loss, there are many health disorders that can generate tinnitus as a symptom, including age-related and noise-induced hearing loss. Blockages in the ear canal from excessive ear wax, head congestion, foreign objects, or dirt can cause pressure to build up in the inner ear, which can irritate or affect ear drum function. In many cases removal of any blockages can alleviate tinnitus symptoms. However, in some cases, the blockage may cause permanent damage and lead to chronic tinnitus.

Vertigo, a sense of rotational dizziness, can be temporary or chronic and is commonly found in those aged 65 years and older. Peripheral vertigo is linked to a disturbance of balance organs in the inner ear, while central vertigo is liked to a disturbance in parts of the brain known as sensory nerve pathways. While vertigo can be a symptom of many health conditions, is it one of a triad of symptoms of Meniere’s disease. Individuals with Meniere’s disease often have an abrupt onset of severe symptoms and fluctuating hearing loss, as well as periods of time in which they are symptom free. Vertigo attacks, which can last from a few minutes to 24 hours, often occur without warning and may be accompanied by nausea and vomiting. The periods of remission between attacks can vary from days to months or even years, making Meniere’s disease an unpredictable and distressing condition.

The sensation of fullness or aural pressure, the third characteristic of Meniere’s, can be very uncomfortable and cause considerable distress. While the sensation can fluctuate with the acuteness of the condition, it can also become chronic, leaving one with a constant feeling of pressure. It’s widely believed that Meniere’s develops as a result of swelling in the small, fluid-filled chambers of the inner ear resulting in pressure. The ebb and flow of this pressure is believed to damage the delicate structure of the inner ear, as well as the balance structures of the semi-circular canals, resulting in cumulative damage and a decline in hearing levels over time.

In the early stages of Meniere’s, hearing levels return to normal between attacks. In the secondary state, hearing levels fluctuate, but do not return to normal. In the third stage, hearing loss, resulting in difficulty hearing in noisy situations or group conversations, is generally irreversible. Treatments aimed at reducing and controlling symptoms vary with individuals. These can include medications, diet and lifestyle improvements, tinnitus management, hearing aids and less often, surgical procedures when symptoms drastically interfere with normal daily life.

Lifestyle recommendations for self-management include:

-Stress reduction, as anxiety is believed to be a major trigger in Meniere’s disease. Identifying and managing stressors may bring relief.

-Reasonable exercise, such as a brisk daily walk to stimulate circulation and aid blood flow.

-Not smoking, as smoking constricts blood vessels, and reduces blood flow to the tiny vessels that nourish the inner ear nerve endings.

-Reduced caffeine intake, as caffeinated beverages can worsen tinnitus symptoms. Those who restrict caffeine are known to significantly reduce attacks.

-Cognitive therapy, which some individuals find helpful to cope with the unexpected nature of the attacks and reduce the anxiety over future attacks.

-Identifying and addressing allergies, as the inflammatory symptoms of Meniere’s may be related to allergic reactions in up to one third of cases.

-Supplementing with pycnogenol, as this natural extract from French maritime pine bark may help to control symptoms. One study involving 120 patients showed that symptoms of Meniere’s disease, including the flow at cochlear level and tinnitus, significantly improved in those taking 150 mg/day of pycnogenol for six months as compared to the control group.

Manganese Chelate by Douglas Laboratories®: Manganese is a component of manganese superoxide dismutase (MnSOD). As the principal antioxidant enzyme in the mitochondria, MnSOD is known to be a powerful inflammation fighter. Manganese deficiency is linked to the onset of symptoms of Meniere’s disease, including tinnitus and vertigo, as well as glucose intolerance and nerve disorders. Gluten, wheat, soy, dairy, sugar and artificial ingredient free, vegan formulation.

Active B Complex by Integrative Therapeutics: This supplement provides a full complement of bioavailable B vitamins necessary for healthy nervous system function, the repair of damaged nerve fibers and the reduction of nerve inflammation often seen in individuals with Meniere’s. Gluten, dairy, soy, sugar and artificial ingredient free, vegetarian formulation.

Vitamin C with Bioflavonoids 500 mg by Vital Nutrients: Particularly important for the structure of blood vessels, vitamin C is a potent antioxidant and anti-inflammatory nutrient that has been shown in studies to improve symptoms of Meniere’s. Gluten, wheat, soy, dairy, and sugar free formulation.