Posted on September 13, 2013 by Professional Supplement Center | Leave a comment 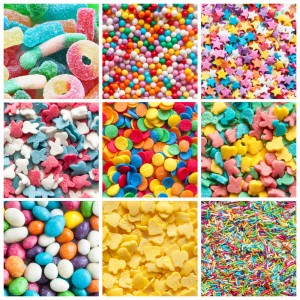 Americans are having a deleterious love affair with sugar without even dipping into the sugar bowl.  Largely due to the amount of sugar added to processed foods, the average American consumes 77 pounds of sugar annually (or 22.7 teaspoons of sugar daily), which adds a whopping 363 calories to their dietary intake each day.  The American Heart Association recommends a daily limit of 9 teaspoons daily for men and 6 teaspoons daily for women.  In 1973, 2% of the population or 4.2 million Americans had adult-onset, now called type 2 diabetes.  As of 2011, nearly 10% or 26 million Americans have type 2 diabetes and the numbers continue to rise.  It is believed that an additional 79 million people have prediabetes.  Another 1.9 million are diagnosed with diabetes every year.  If the current trend continues, 1 in 3 Americans will have diabetes by 2050.

The American Heart Association warns that sugar provides empty calories with no nutritional value.  According to Richard Johnson, a nephrologist at the University of Colorado, Denver, “sugar isn’t just empty calories, it’s toxic.  It seems that every time I study an illness and trace a path back to its first cause, I find my way back to sugar.”   “It has nothing to do with calories,” states endocrinologist Robert Lusting of the University of California, San Francisco.  “Sugar is a poison by itself when consumed at high doses.” When sugar gets into our bloodstreams it stimulates the same pleasure centers in the brain that respond to heroin and cocaine.  Sugar, with this pronounced effect, is literally an addictive drug.

Johnson believes that Americans are overweight because they eat too much and exercise too little.  But he also feels that this is a direct result of sugar addiction which, after the initial “sugar rush,” saps our energy creating a vicious cycle.  The solution he says “Stop eating so much sugar.”  It’s not as easy as it sounds as sugar is so pervasive in the foods we eat that it’s difficult to avoid.  But avoid it we must as nearly one third of our population may meet the criteria for Metabolic Syndrome set by the National Institutes of Health.

Metabolic Syndrome is a group of risk factors that increase the chances of developing heart disease, stroke and diabetes.  These include central obesity (excess fat in the abdomen), high blood pressure, high triglycerides, high blood glucose levels and high cholesterol.  All of these factors can produce insulin resistance, a fatty and dysfunctional liver and other metabolic changes.  Physical inactivity and excess weight are the main contributors to the development of Metabolic Syndrome.

Why we need to take a better look at our nutrition and reduce sugar consumption:

What you can do  to prevent, reverse, or significantly reduce the health risks associated with poor nutrition, sedentary lifestyle, and too much sugar consumption:

Glucose Tolerance by Allergy Research Group – Contains a formulation of nutrients that support the body in regulating blood sugar levels.

Chromium (polynicotinate) 200 mcg by Vital Nutrients –  To promote the maintenance and regulation of fat, cholesterol and glucose metabolism.