Posted on May 3, 2013 by Professional Supplement Center | Leave a comment 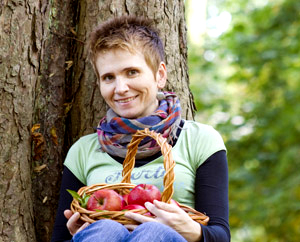 When looking for things to help with the stressors of modern life, we may do well to look to centuries-old Ayurvedic medicine. A study published in the Indian Journal of Psychological Medicine found that people who took ashwagandha, a prominent medicinal herb in Ayurveda, reported lower stress levels and had reduced blood levels of cortisol, a hormone associated with stress.

The researchers enrolled 64 people in the study who reported a low sense of well-being and a high sense of stress on questionnaires, but were otherwise healthy. They were assigned to take either 300 mg of ashwagandha root extract twice daily or placebo for 60 days.

Results from blood tests and questionnaires showed that ashwagandha improved people’s perceptions and experiences of stress in the following ways:

In addition, levels of the adrenal stress hormone, cortisol, came down almost 28% in ashwagandha users but only 8% in the placebo group. This shows that the drop in psychological stress levels was manifest in the body’s physiology, and suggests that ashwagandha may play a role in protecting the body from the negative health effects of stress.

According to the study’s authors, the results “collectively suggest that high-concentration full-spectrum ashwagandha root extract mitigates not only the focal aspects of stress but also some of the precursors, consequences, and associated symptoms of stress,”.

Ashwaganda has traditionally been used to give strength, vitality, and resilience, and these findings give scientific support for this use. Here are some other things that can help to reduce stress and its harmful effects: