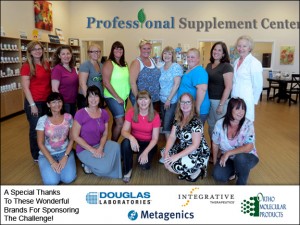 Week 11 has put the team almost over another big hurdle – they are only 1.5 pounds away from 150 lost! They all seem to be working very hard in these final weeks of the challenge to meet their goals and it is showing on the scale, with one person losing three pounds just this week.

While watching the numbers creep down on the scale is a great feeling, something else is happening around here that is even better. There has been an increase in camaraderie among the team. Everyone is so supportive and are all going out of their way to share their excitement. And it’s not just those who are participating, everyone is sharing in their successes. Walking down the hall you’ll hear “I can’t believe how great so & so looks” or “So & so is really making progress, you can really tell!”

Support of friends and family is one of the key components in a successful weight loss program and we are lucky to have the support of our work family during this challenge. 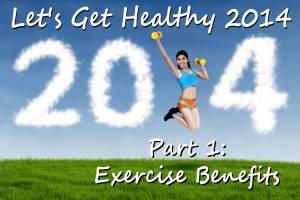 If you think exercise is all about toned abs and weight loss, think again.  Daily workouts may be the answer to a longer, healthier life.  In fact, exercise may be the least expensive prescription for overall physical and mental health.  The union of the physical and psychological benefits of exercise greatly enhance life quality.  Studies show that moderately active people are happier, have more stable relationships, and better sex lives.

Physical benefits of regular exercise include:

The three factors that determine the level of an individual’s beneficial exercise gains are frequency, intensity and length.  If fitness is your goal, exercise a minimum of 3 days a week, at a moderate level of intensity for at least 30 minutes.  Any less will generally not support physical fitness in healthy adults.  However, if improved health is your goal, lower intensity, increased frequency and shorter time periods will suffice.

Whatever type of exercise you choose, your regimen should include cardiorespiratory, strength training, and flexibility exercises.  Emphasis should be placed on factors that lead to lasting lifestyle habits and the proper amount of activity to get the greatest benefit at the lowest risk of injury.  If you are new to exercise, be sure to start out slowly and incrementally increase your time and intensity as you gain strength.

Comments Off on Let’s Get Healthy 2014: Part 1 – Exercise Benefits 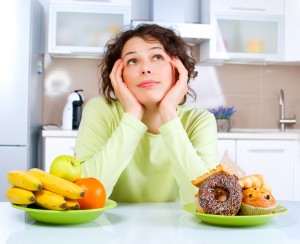