Posted on December 16, 2016 | Comments Off on The Broad-Spectrum Benefits of Lipoic Acid 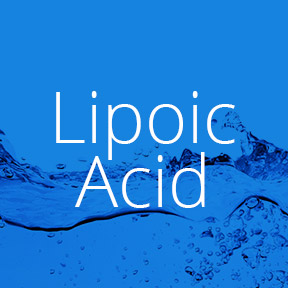 Posted on July 28, 2016 | Comments Off on Fight Chronic Inflammation with Nutrition 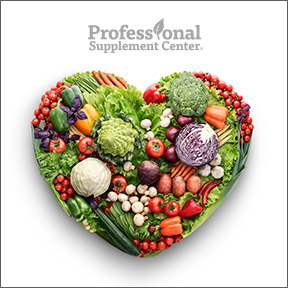 While often symptomless until a loss of bodily function occurs, slow simmering chronic inflammation stokes the fires of a variety of conditions including metabolic syndrome, cardiovascular diseases, diabetes, autoimmune diseases, cancer, depression, and unrelieved chronic pain, as well as Alzheimer’s and Parkinson’s diseases. Inflammation triggers can include genetics, obesity, chronic stress, poor nutrition, dysbiosis, allergens, pollution, a sedentary lifestyle, alcohol abuse and smoking. Because the Standard American Diet (SAD) relies heavily on processed and manufactured foods and refined sugar, flour and oils, many of us live in a pro-inflammatory state of health. Optimizing nutrition with anti-inflammatory foods, eliminating toxins, reducing stress, staying hydrated, exercising, and prioritizing sleep are all ways to rein in chronic inflammation.

Support for a normal inflammatory response remains at the center of a healthy, pain-free life. In addition to healthy lifestyle habits, one of the best ways to quell inflammation is through a nutrient dense diet. Studies have identified certain foods that can either inflame or douse the fires of uncontrolled chronic inflammation. Inflammatory foods to avoid include fried foods, soda, refined carbs, and red and processed meats. A steady diet of these foods burdens the body with free radicals and, in turn, can lead to a shortened lifespan. Gluten, dairy, soy and other known dietary irritants may also result in inflammation in those with sensitivities or allergies. Anti-inflammatory foods include leafy greens, fatty fish, nuts, olive oil, cruciferous vegetables, mushrooms, tomatoes, berries, cherries and oranges. Along with Tulsi and Matcha teas, spices such as turmeric, rosemary, ginger, and cloves pack a powerful anti-inflammatory punch and are very effective at subduing the inflammatory response.

Given the proper nutrients, the body has the ability to put out the fires of inflammation. Dietary components can either trigger or prevent inflammation from taking hold in your body. Choosing the right foods may help reduce the risk of illness, and improve mood and overall quality of life, while choosing the wrong foods could accelerate inflammatory disease processes. When the body lacks essential and critical nutrients, it is unable to function properly and cannot keep inflammation in check.

Comments Off on Fight Chronic Inflammation with Nutrition

Posted on November 18, 2015 | Comments Off on Reducing Inflammation with Traditional Herbs 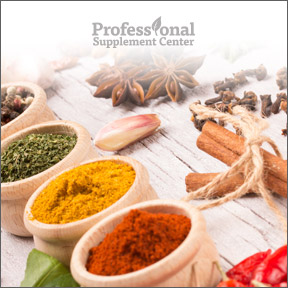 Chronic inflammation is now recognized as an underlying contributor to life altering and life threatening chronic diseases, including diabetes, cancer, arthritis and cardiovascular, pulmonary, neurological, periodontal and autoimmune diseases. Unlike short term, rapid onset acute inflammation, which occurs when there is a an injury, infection or illness, chronic low-grade, invisible inflammation can slowly simmer for months or years, draining energy, weakening the immune system and triggering a variety of conditions and diseases. Research now shows that successful aging appears to be related to an optimal functioning of the immune system, which regulates the immune-inflammatory responses.

While there is evidence that our genetic makeup plays a role in our predisposition to acquire health problems, including the development of systemic inflammation, your health may not be genetically fixed. Lifestyle factors have a significant impact on wellness. Those who wish to cool the fires of chronic inflammation and maintain their health well into their senior years should take a hard look at their diet and other lifestyle choices. Lifestyle factors that play a part in cellular inflammation include the usual suspects — the standard American diet, smoking, obesity, chronic stress, poor sleep habits, excess alcohol consumption and a sedentary lifestyle.

Jack Chellum, author of the book The Inflammation Syndrome, proposes that diet is largely to blame for the increase in inflammatory diseases. He suggests that “the typical western diet now contains 30 times more pro-inflammatory nutrients than it did a century ago,” and concludes “people have become more nutritionally and biochemically primed for powerful, out-of-control inflammatory reactions.” Once the body is primed for inflammation, environmental stressors or a smoking habit can trigger an onset before the body has time to cool down on its own. Mr. Chellum suggests that strong inflammation producing components include obesity, lack of regular exercise, over-exercising to the point of injury, and dietary imbalances including an inadequate intake of essential fatty acids and antioxidants, which are used by the body to manufacture anti-inflammatory compounds.

While conventional medical treatments to reduce inflammation typically address pain and suppress the immune response with OTC and pharmaceutical medications, they often come with the risk of serious side effects and don’t address the underlying disease processes.   Moderate exercise, losing weight, reducing stress, and eating better can help to squelch the body’s inflammatory response. As dietary changes and nutritional supplements can help to normalize the immune response, some are looking past the medicine cabinet and to the kitchen for natural pain relief, which can be found in anti-inflammatory foods and spices. One reason the Mediterranean eating style has become so popular is that the diet avoids inflammation-producing sugary, packaged and fried foods and includes of lots of anti-inflammatory components, including omega-3’s, colorful antioxidant fruits and veggies and moderate amounts of red wine.

Zest up your meals with these anti-inflammatory and analgesic spices and herbs:

Ginger – In Traditional Chinese and Ayurvedic medicine, ginger has been used for thousands of years to restore balance or homeostasis, as it is believed that inflammation is the result of an imbalance of bodily functions. Scientific research has shown that gingerol, the active bioactive compound of ginger, has powerful antioxidant, anti-inflammatory and medicinal properties that can aid digestion and help reduce nausea, muscle pain and soreness. Studies have shown that ginger can help reduce the pain and stiffness associated with rheumatoid and osteoarthritis and may help prevent joint inflammation and damage.

Turmeric – Utilized as both a flavoring and a traditional medicinal herb, turmeric contains powerful bioactive compounds known as curcuminoids. Curcumin, the main active ingredient found in turmeric, is a potent antioxidant and is strongly anti-inflammatory. Studies show that the anti-inflammatory compounds found in turmeric effectively block enzymes that cause pain, swelling and inflammation and positively affect arthritic symptoms by decreasing overall pain and stiffness.

Cinnamon – In addition to being a delicious ingredient of many foods and drinks, cinnamon is packed with antioxidants and antimicrobial properties. Cinnamon helps to prevent inflammation by blocking the formation of compounds that activate the immune response and trigger inflammation. Cinnamon has been shown to improve insulin sensitivity and to help prevent blood sugar spikes following a meal.

Garlic – Garlic contains allicin, which has many proven therapeutic benefits. Used as a medicinal since the time of the Pharaohs, garlic is anti-inflammatory, antibacterial, antioxidant, anti-cancer and antiviral. A long term study showed garlic’s anti-arthritic properties may help reduce the risk of developing osteoarthritis. In addition, garlic has been shown to boost the immune system and have positive effects on blood pressure and blood lipids.

Rosemary – Rich in active compounds, rosemary is antioxidant, anti-inflammatory and anti-carcinogenic in nature. As an analgesic, rosemary may be taken orally to act as a natural pain reliever or applied topically, to reduce muscle and arthritis pain. In addition to its ability to reduce inflammation of the muscles, blood vessels and joints, rosemary helps protect the cardiovascular and immune systems, boosts memory and improves circulation. 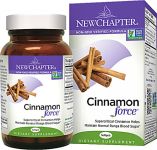 References:
The genetics of chronic inflammatory diseases. http://hmg.oxfordjournals.org/content/18/R1/R101.full
15 top Anti-Inflammatory Herbs and Spices. http://studiobotanica.com/15-top-anti-inflammatory-herbs-spices/
Cooking Up Relief: Turmeric and Other Anti-Inflammatory Spices. http://www.healthline.com/health/osteoarthritis/turmeric-and-anti-inflammatory-
Chronic Inflammation: Reduce It to Protect Your Health. http://health.usnews.com/health-news/family-health/articles/2009/11/02/chronic-inflammation-reduce-it-to-protect-your-health
The Enemy Inside You. http://www.womenshealthmag.com/health/chronic-inflammation
Chronic Inflammation: The Silent Enemy Burning Within. http://womensinternational.com/connections/inflammation.html
Inflammation and genetics: an insight in the centenarian model. http://www.ncbi.nlm.nih.gov/pubmed/21846209
A Genetic Script for Disease? https://www.gluegrant.org/script.htm

Comments Off on Reducing Inflammation with Traditional Herbs