Posted on November 22, 2019 by Professional Supplement Center | Comments Off on Inflammation – Friend or Foe? 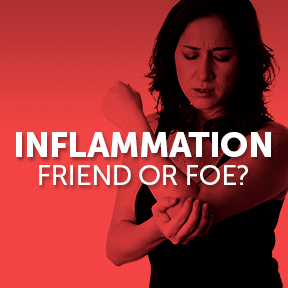 We have all experienced the signs of short-term inflammation that occurs during an active immune response to an injury, illness or pathogenic invasion. Fatigue or fever when fighting a viral or bacterial infection, as well as pain, redness, warmth and swelling at the site of an injury, are all signs related to short-term, rapid onset inflammation. As a first-line defense mechanism acute inflammation is a central component of innate immunity, a vital and necessary physiological process that signals the body to release inflammatory mediators. This response dilates blood vessels and increases blood flow, thereby enabling immune cells to quickly reach affected areas and eliminate toxic agents, as well as heal and repair damaged tissue and ultimately, restore wellness.

While acute inflammation is friendly and beneficial, several decades of ongoing research deems chronic persistent inflammation a nemesis of healthy aging. Increased vulnerability to influenza and reduced response to vaccinations is a recognized consequence of a natural decline in immune function in older individuals. Inflammaging, the accumulation of inflammatory mediators in tissues associated with aging, is thought to be a significant risk factor for development of age-related diseases. Complex interrelated genetic, environmental and age-related factors determine an individual’s vulnerability or resilience to inflammaging.

Often silent and invisible, systemic low-grade inflammation can simmer for months or years, eventually triggering autoimmune and other disease processes that can cause lasting damage to the heart, arteries, joints, cells, brain and organs. Metabolic disorders including obesity, type 2 diabetes, arthritis and fatty liver disease are also associated with inflammation. While the inflammatory process is a normal part of body’s defense and immunosurveillance mechanisms, systemic inflammation, that correlates with a less robust immune response and the downregulation of the innate immune system, may help drive the aging process.

As recent evidence has shown that chronic inflammation is an underlying cause of age-related neurodegenerative diseases, controlling or reversing elevated unresolved inflammation may be one of the most important measures for avoiding functional decline and preserving long-term good health. Substantial evidence indicates that many foods, nutrients and non-nutrient food constituents modulate both acute and chronic inflammation. Increased vegetable and fruit intake is recommended to support cognitive and overall function, as well as reduced disease risk. Data shows that the health benefits of a plant-based diet is partly attributable to specific whole plant food compounds known as anthocyanins.

Decidedly potent, anthocyanins are phytonutrients found in the flavonoid family of polyphenols. These naturally occurring chemicals are plentiful in plant foods, particularly red, orange, blue and violet fruits and vegetables. They are most abundant in berries, red and purple grapes, eggplants, sweet cherries, blood oranges and red cabbage. As dietary intervention studies have found evidence that dietary flavonoids may have neuroprotective effects and are capable of modulating inflammatory cytokines, increased consumption of these brightly colored foods may result in reduced concentrations of low-grade inflammatory markers, positively influencing neurocognitive and overall health.

Professional Supplement Center offers these and other high quality supplements in support of a healthy inflammatory response:

Comments Off on Inflammation – Friend or Foe? 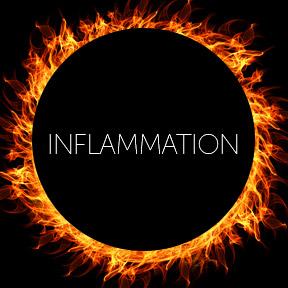 Comments Off on Can a Healthy Lifestyle Reverse Chronic Low-Grade Inflammation?