Posted on July 27, 2017 by Professional Supplement Center | Comments Off on CoQ10 and Ubiquinol Health Benefits 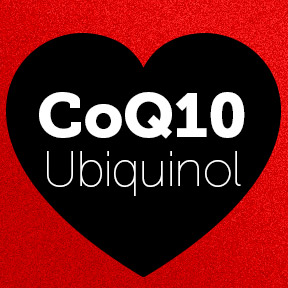 Found in virtually all cell membranes, CoQ10 (ubiquinone) is a powerful antioxidant and a vital participant in oxygen utilization and cellular energy production. Synthesized by the body and naturally found in organ meats, cold water fish, whole grains and some vegetables, the highest concentrations of CoQ10 are found in the body’s high energy organs, including the heart, kidneys, pancreas, liver, and the adrenals. CoQ10 acts as a cofactor in the mitochondrial synthesis of adenosine triphosphate (ATP). ATP transports chemical energy within the cells for metabolism and is therefore essential for the health of virtually all tissues and organs. In its significant antioxidant role, CoQ10 helps to reduce and prevent the generation of free radicals, and modifications to proteins, lipids and DNA.

In addition to its energy production and antioxidant functions, CoQ10 helps to strengthen the immune system and boost physical performance, as tissues and cells are highly energy- dependent and require a steady supply of CoQ10 for optimal function. In the body, CoQ10 exists either in its oxidized form, ubiquinone, or in its reduced form, ubiquinol, and has very unique ability to cycle back and forth between the two forms. CoQ10 aids homeostasis by either donating or accepting an electron in the chain of reactions that lead to energy production. When oxidized ubiquinone accepts an electron from another molecule, it becomes ubiquinol. When ubiquinol donates an electron it becomes oxidized ubiquinone, continuing the cycle.

The conversion of ubiquinone to ubiquinol is a process that naturally occurs in young, healthy bodies. However, the body’s ability to convert ubiquinone to the more bioavailable antioxidant form of ubiquinol is compromised by aging, certain medications and some chronic disease states. The ability to create CoQ10 begins to decline around 30 years of age. Statin drugs that lower cholesterol are known to impair production of CoQ10 as well, often resulting in side effects such as muscle pain, fatigue and memory loss. Statin drugs may also impair conversion of vitamin K1 to vitamin K2, which is critical for heart heath and other functions.

Clear and growing clinical research has found that supplementing with the bioavailable ubiquinol form of CoQ10 may offer the following benefits:

-Support for natural cellular energy production. CoQ10 sparks energy production in every cell, including cells of the heart, the body’s largest energy consumer. Lack of energy that many believe is a normal part of aging may actually result from low levels of CoQ10. Adding this supplement to one’s daily routine may result in higher energy levels over time, as the amount of ubiquinol accumulates and is maintained in plasma, organs and tissues.

-Reduced oxidative stress. Oxygen is an essential element that nourishes cells, and creates energy via cellular respiration and metabolism; processes which result free radical formation. Although beneficial in small amounts, an abundance of free radicals, when not neutralized by antioxidants, can damage DNA, and contribute to diseases and premature aging.

-Restored levels of CoQ10 depleted by medications. It has been shown that statin use leads to a decrease not only in cholesterol but also in ubiquinone. The decrease in blood levels of CoQ10 may result in impaired antioxidant protection and therefore lead to oxidative stress. Those with a family history of heart problems, those taking statin medications, or those at increased risk for cardiovascular disease should consider speaking with a healthcare provider regarding ubiquinol supplementation.

Comments Off on CoQ10 and Ubiquinol Health Benefits