What is Stress Exactly?

Posted on March 1, 2013 by Professional Supplement Center | Leave a comment 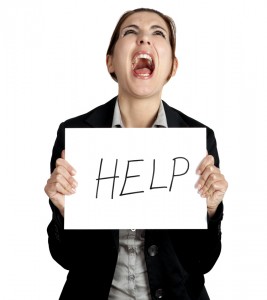 Although the word “stress” is commonly used, its definition is highly subjective.  The term stress was coined in 1936 by Hans Selye who defined it as the “non-specific response of the body to any demand for change”.  Through his research, Selye concluded that persistent exposure to different types of  harmful physical and emotional stimuli produced the same disease in animals as well as humans.  Stress, apparently, in addition to being itself, was also the cause and effect of itself.

Because stress was viewed in a negative context, a new word, stressor, was coined to distinguish stimulus from response.  At that time, the word stress came to be defined as “physical, mental or emotional strain or tension” or the feeling experienced when demands exceeded an individual’s personal and social resources.  The positive effects of stress, known as eustress were ignored.  Stress, it seems, can also be useful when it motivates people to achieve more.

Up to a point, increased stress results in increased productivity after which conditions quickly decline.  That peak differs for each of us, so learning to recognize the early warning signs and symptoms of stress overload, can be helpful in managing the negative effects of stress.

Stress is difficult to define as  individuals react differently to stressors and our perceptions and expectations vary greatly.  Faulty perceptions, which we can learn to correct, have to do with how much or how little control we perceive to have over a situation. Some individuals thrive under intense pressure that others would consider overwhelming.  Scientific studies have confirmed that people who are subjected to high demands but who have little or no control, have increased risk of cardiovascular disease.  Having little or no control is distressing and that is the crux of what stress is all about.

There are many common signs and symptoms of stress overload, some of which include:

As stress affects emotions, mood and behavior, it has far reaching health consequences.  Stress causes increased wear and tear on the body and that, in turn, accelerates the aging process.  The list of emotional and physical disorders that have been linked to stress is extensive.  In fact, it’s difficult to define any disease in which stress does not play an aggravating role.

Diseases that are affected by stress include but are not limited to:

Key body systems react to stress in the following ways:

Cardiovascular System:  Acute momentary stress brings on increased heart rate and stronger contractions of the heart muscle.  Chronic stress can cause inflammation in the coronary arteries leading to heart attacks.

Endocrine System:  In addition to the release of cortisol and adrenaline, the adrenals also release epinephrine which causes the liver to produce more glucose spiking a rise in blood sugar.

Reproductive System:  In men, excess cortisol can impair testosterone and sperm production.  In women, stress can cause dysmenorrhea and irregular menstrual cycles.

Stress is a fact of life that can be reduced but not eliminated.  As stress is a highly personalized phenomenon and varies widely for individuals in identical situations for different reasons,  recognizing your stressors and the common symptoms can help you develop strategies to manage them.  Once you have identified your sources of stress, try to minimize these as much as possible.  Set limits to give yourself more control over your life.  Look to delegate some of your responsibilities. Exercise is an extremely effective stress reducer.  Explore stress management techniques such as meditation, yoga or tai chi.  Take time out to breathe and nurture yourself for inner strength and emotional healing.

GABA, gamma-aminobutyric acid, is an amino acid that is the second most prevalent neurotransmitter in the brain. GABA has an inhibiting effect that calms excited nerve impulses allowing  you to feel more tranquil and producing an overall sense of wellbeing.  These products may aid you in your quest for stress reduction:

De-Stress by Biotics Research has been proven clinically effective in reducing stress and anxiety.

Trancor by Metagenics is formulated to support a sense of tranquility in those who may feel worried or nervous by beneficially modulating the balance between the calming influence GABA and the excitatory effects of glutamate.

Stress-B-Plus by Douglas Laboratories contains B vitamins that are essential components in major metabolic reactions and play a crucial role in nervous system function.

Daily Stress Formula by Pure Encapsulations contains a blend of herbs and nutrients designed to provide powerful defense from mental and physical factors associated with occasional stress.  This formula synergistically supports mental relaxation while counteracting the metabolic effects of stress.  B complex vitamins, vitamin C and magnesium are included to help counter the effects of stress on healthy nutritional status.

GABA  by PhysioLogics contains 750mg of GABA to support the nervous system and brain function.