Why We Need Vitamin D3

Posted on July 30, 2013 by Professional Supplement Center | Leave a comment 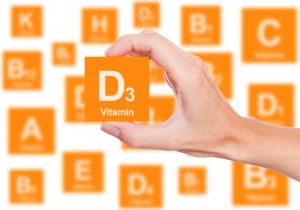 Vitamin D3 is so vital to the health and function of the human body that is the only vitamin the body can manufacture on its own.  The body has the potential to produce enough vitamin D3 to meet 90% of its needs.  However, because exposure to sufficient sunlight is required for vitamin D3 production, this can pose a problem for darker skinned people, for people who live in northern climates and for those of us worried about ultra violet radiation from sun exposure.  Known as the Sunshine Vitamin, vitamin D3, or cholecalciferol, is produced photochemically when cholesterol, naturally present in the superficial layers of the skin, is exposed to UV-B radiation.

For your skin to produce adequate amounts of vitamin D3, you need direct midday summer sunlight on a large portion of your body for about 15 minutes several times per week.  Sunscreen, with a sun protection factor (SPF) of 8, blocks UV-B radiation and can decrease synthetic capacity of vitamin D3 by 95%.  A light skinned person wearing a bathing suit and without the use of sunscreen will make approximately 15,000 IU of vitamin D3 within 15 – 20 minutes of exposure.  Darker skinned individuals may require twice the exposure time as melanin in the skin hinders vitamin D3 synthesis.

Vitamin D3 is responsible for enhancing intestinal absorption of calcium and phosphate, helping to build strong teeth and promoting healthy growth and remodeling of bone.  Research suggests that many types of cells use vitamin D3 to help regulate critical cellular functions, including modulation of cell growth, neuromuscular and immune function, and reduction of inflammation.  Vitamin D3 helps to keep insulin, calcium, and phosphorus levels in balance.   Emerging research shows an association between vitamin D3 consumption and a decreased risk of developing a variety of health conditions including autoimmune disease, cardiovascular disease, chronic inflammation, diabetes and hypertension.

According to a report in the Archives of Internal Medicine, as many as 77% of Americans are vitamin D3 deficient.  This is likely the result of too little sun exposure as well as dietary deficiencies due to the fact that few foods contain naturally occurring vitamin D3.  A vitamin D deficiency can lead to soft, thin and brittle bones in children, and bone loss, low bone density, and a higher rate of broken bones, due to falls, in adults.

The Vitamin D Council considers the ideal blood level of vitamin D3 to be between 40 ng/ml and 70 ng/ml (nanograms per milliliter).  The majority of Americans have blood levels of vitamin D3 below 30 ng/ml, which is considered too low for bone and overall health.  Low vitamin D3 levels result in the body working at far below its potential.  Groups at risk for vitamin D3 deficiency include:

There are limited food sources containing naturally occurring vitamin D3.  These include:

Basically , we can get our vitamin D3 in only three ways: sunlight, fortified foods and supplements.  Due to the risk of developing skin cancer from too much sun exposure and the limited amount of foods with naturally occurring vitamin D3, many people choose to safely increase their vitamin D3 intake with supplements.

The National Osteoporosis Foundation recommends adult men and women under age 50 get 400 – 800 IU of vitamin D daily.  For men and women age 50 and older, 800 – 1,000 IU daily.  According to the Harvard School of Public Health, most experts conclude that 1,000 -2,000 IU of vitamin D daily may be the amount we need for optimal health, more if you get little or no sun exposure.  According to the Institute of Medicine, the safe upper limit of vitamin D intake is 4,000 IU per day for most adults.  Check labels to see if any multivitamins or other supplements you are currently taking contain vitamin D3 and supplement accordingly.

Vitamin D 5000 IU by Ortho Molecular –  Each easy to swallow capsule contains 5,000 IU of vitamin D3 as cholecalciferol.
This entry was posted in Health & Wellness, Home and tagged Vitamin D3. Bookmark the permalink.